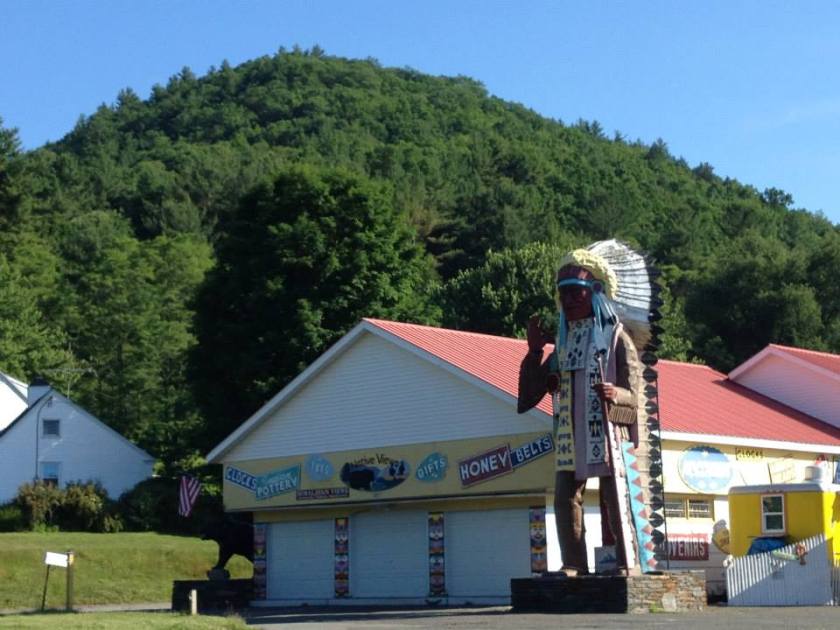 “Indian” Trading Posts can still be found along MA Rt. 2, otherwise known as The Mohawk Trail–69 miles of “scenic highway” built along former indigenous trade routes that King Philip or Metacom used as he sought the aid of the Mohawk to defeat the English during King Philip’s War in the 1670’s. The Mohawk Trail, in its tourist heyday, capitalized off highly romanticized lore conflating memories of King Philip’s War with Last of the Mohicans motifs and Plains Indian regalia. In the background stands a part of Catamount Hill, possible site of William Apess’ birth.